GFS Builders Group has created something very unique for Islamabad inhabitants. After a successful endeavour in Karachi, the business is now constructing a housing project in Islamabad called Seven Wonders City. The developers believe that this project would give real estate investors with profitable opportunities, cutting-edge technology, and a cutting-edge lifestyle. The organisation is well-known for its corporate partnerships, which include FMCG companies, banks, education, and individual supporters.

Mr. Irfan Wahid, the company’s Chief Executive Officer, is one of Pakistan’s most well-known and successful builders. For the last six years, he has held senior positions in New York and London in the areas of supervision and engineering. He is also known for serving as Vice-Chairman of the Defense Builders Association. Mr Mansoor Wahid, who also serves as the company’s Managing Director due to his extensive expertise, oversees all of the company’s business activities.

Projects in the Past by gfs builders group

Because of its distinguishing characteristics, the firm has a strong reputation. Because it is already a major construction in Karachi, demand has become much more than before. The following are some of its current and upcoming projects:

The business has already planned to build replicas of each of the world’s seven wonders in Karachi. As a result, it will be regarded as one of Karachi’s primary family attractions. People would almost certainly come encounter replicas of

The Great Pyramid of Giza is one of the world’s most famous structures.

These copies would be about halfway to the replica of Pakistan’s Minar-e-Pakistan, a notable landmark. GFS Builders Group is one of the housing society’s most distinguishing qualities, and it also allows investors to see their ideal locations every day. Apart from that, it would be a fascinating tourism attraction where Karachi visitors will be able to take photos with replicas and share them on social media.

Amusement parks, state-of-the-art hospitals, Water Parks, and community centres would be included in the housing society.

The firm is promoting its most recent project as a low-cost housing option near NOVA City Islamabad. Bungalows and residential plots with business structures make up the majority of the area. The firm has submitted an application for a No Objection Certificate and is developing a master plan.

It has previously presented the Seven Wonders of the World within a Gated community in Karachi. It is conveniently positioned near the M9 Karachi highway.

Furthermore, Jinnah International Airport is about a one-hour drive from the hotel. It has a total area of 250 acres. According to several real estate analysts in Islamabad, the GFS builders firm would build a housing society along the M2 Islamabad-Lahore Motorway. Furthermore, corner plots will be subject to a 10% surcharge, while road facing and select park facing plots would be subject to a 5% surcharge. Aside from that, once the booking period begins, a 10% discount will be offered on full payment.

Updates on the Project

The developers have laid out the routes that will speed up the entire building process in terms of development and advancement. This home complex would be one of the best in Islamabad because of the amenities it provides. The plot’s size would be divided into distinct phases. Despite the fact that the housing society has yet to gain traction, demand is growing as a result of its previous initiatives in Karachi.

Blue World City, Nova City, and Kingdom Valley are three more real estate developments in Islamabad that are now under construction. All of these societies provide inhabitants with cutting-edge, world-class amenities. As a result, one may assume that a city of seven marvels would be comparable to those. Other housing complexes in Karachi, such as ARY Laguna and DHA City, are only a few minutes away.

GFS Builders Group’s home project is one of Pakistan’s most impressive developments in the real estate market. In addition, this housing society aspires to offer a diverse portfolio of immovable properties to potential investors in Pakistan and abroad. Due to its rapid construction and low rates, Seven Wonder City has already shown to be a viable housing alternative for locals. Is it possible that the new housing society would be as successful as the old one in Karachi? Only Islamabad residents would have the final say. Investors can contact Estate Land Marketing for further details. We have properly educated real estate advisors who have provided profitable real estate investment options in Islamabad and other Pakistani cities to potential customers. 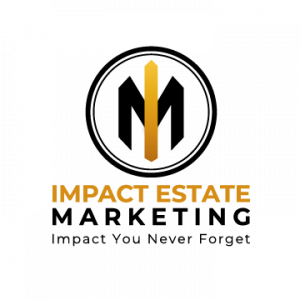